Villarcayo de Merindad de Castilla la Vieja is a charming municipality located in the north of the province of Burgos, part of the autonomous community of Castilla y León. The WiFi4EU team spoke with Mayor Adrián Serna del Pozo, who has already channelled the EUR 15,000 WiFi4EU voucher won during the first call towards high-speed connectivity, and paved the way for new e-services for citizens of all ages.

Strategically located between Cantabria and the Basque Country, the Spanish municipality of Villarcayo is full of natural, cultural and artistic resources, including an excellent gastronomic offer and a variety of sport events. Mayor Adrián Serna del Pozo decided to apply for a WiFi4EU voucher to improve connectivity in the vast area covered by the municipality and to deliver e-services available to everyone through the newly-earned free Wi-Fi network.

Seen the enthusiasm of the citizens of Villarcayo when the results of the first call were announced, the Mayor committed to creating projects around Wi-Fi that could be inclusive for people of all ages. Among the initiatives in tow, the municipality is developing a project to initiate senior citizens to new technologies and allow them to familiarise with e-services and e-health. Thanks to this and other efforts to become a more “digitalised and connected municipality in a creative way”, the Wi-Fi network currently counts an average of 200 users per day and the number keeps growing.

To ensure equal access to the new network and digital services, the Local Council carefully selected a Wi-Fi installation company able to connect also remote areas. Due to the configuration of the territory, the 26 pedanías that make up Villarcayo are very spread out and some are not connected to broadband internet access. In collaboration with the installation company, the municipality managed to leverage the WiFi4EU voucher to install 42 free and public hotspots throughout Villarcayo, taking a key step towards becoming a connected community.

Villarcayo de Merindad de Castilla la Vieja is among the 224 Spanish municipalities to receive a voucher during the first call of the WiFi4EU programme, where Spain boasts record-breaking participation. Fully satisfied with the WiFi4EU initiative from application to installation, Mayor Adrián Serna del Pozo is keen to encourage other small municipalities to apply and build a WiFi4EU community. 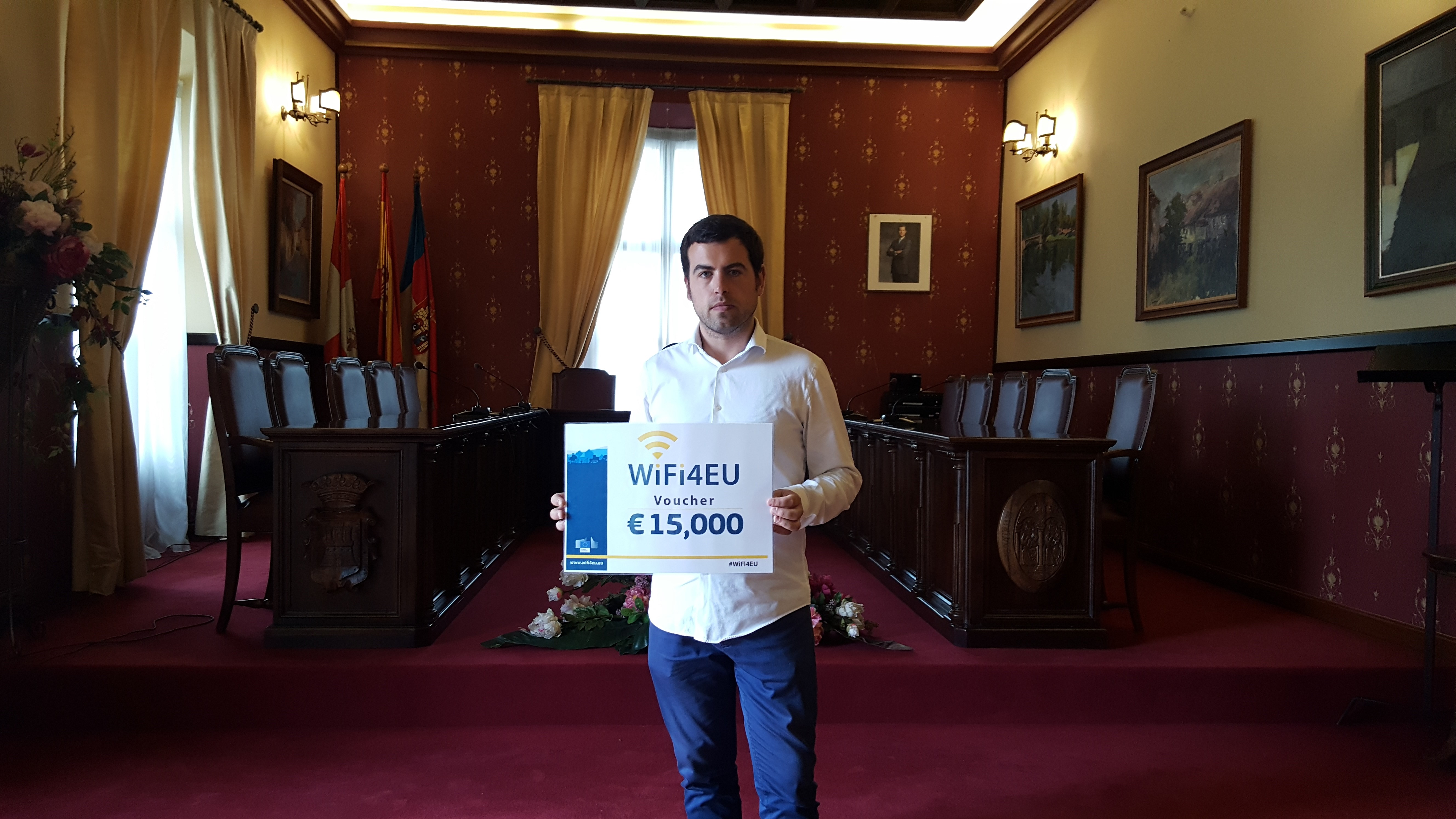