This study provides comprehensive data on 2019 retail prices of mobile broadband offers for consumers in the EU28, Iceland, Norway, Turkey, Japan, South Korea, and the USA. The largest Mobile Network Operators (MNOs) in each country were included. The results of the new study show that the mobile broadband prices continue to go down.

In February 2019, data was collected from provider websites. Offers were analysed to determine the least expensive offer in each country for each of the standard mobile internet usage baskets defined by the OECD. Comparing normalised prices in Euro, the inexpensive countries for mobile broadband in the EU are Estonia, Romania, Poland, Italy, Sweden, Luxembourg, Slovenia, Austria, and the United Kingdom. Prices differ considerably between the least and most expensive countries in the EU. The four most high-priced countries are Cyprus, the Czech Republic, Greece, and Slovakia. Since 2018, prices for broadband mobile internet usage in Europe have fallen significantly in all but one basket. 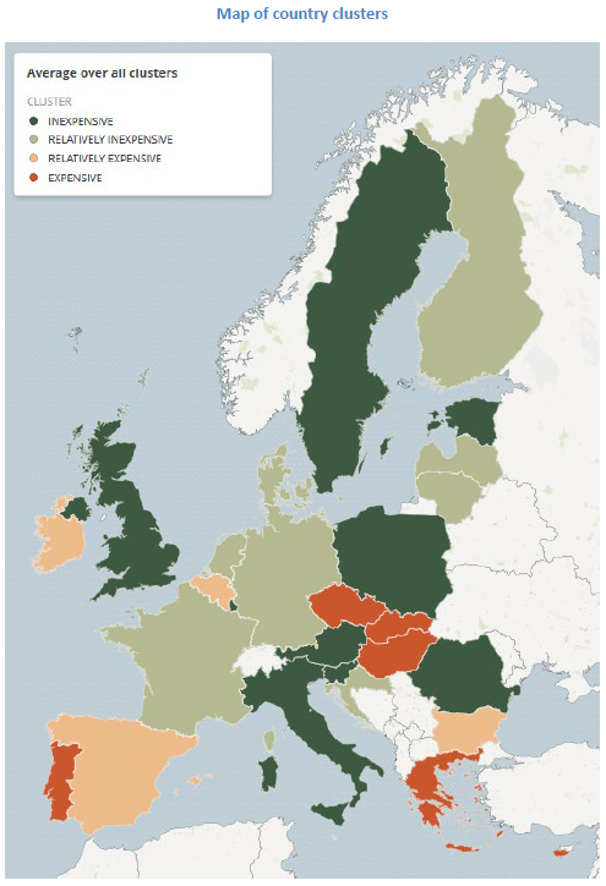 Comparison of EU28 prices with prices in selected non-EU countries (Iceland, Norway, Turkey, Japan, South Korea, and the USA) in 2019 showed that, on average, mobile broadband in the EU28 is about as expensive as or less expensive than in the non-European countries, for most of the OECD usage baskets. Iceland is the least expensive country in this comparison and has prices below the EU28 on average in all but one basket.

For comparison you can review the Mobile Broadband prices in 2018.